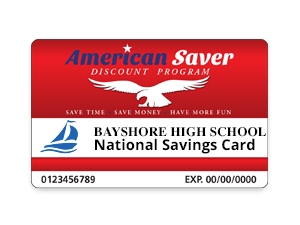 For marching bands, sports teams, and other groups looking to cover the cost of equipment, travel and general operations, fundraising programs are the go-to tactic to supplement organizational funding and fees obtained from members.

However, mounting a successful fundraising campaign can be challenging, and big time contributions sometimes lead to little financial rewards. When it comes to coupon card fundraisers, for example, long before any cards are sold, commitments must be obtained from merchants willing to participate. Identifying the right merchants and reaching a decision-maker can be a numbers game, requiring extensive prospecting and time.

New fundraising programs, such as American Saver, eliminate the planning and logistics involved in launching a fundraising program, allowing you to do the one thing that will make you money: sell. With American Saver, the merchant agreements are already in place, and include well-known national brands and local merchants in your community. Best of all, your organization will make a minimum of $10 per card sold.